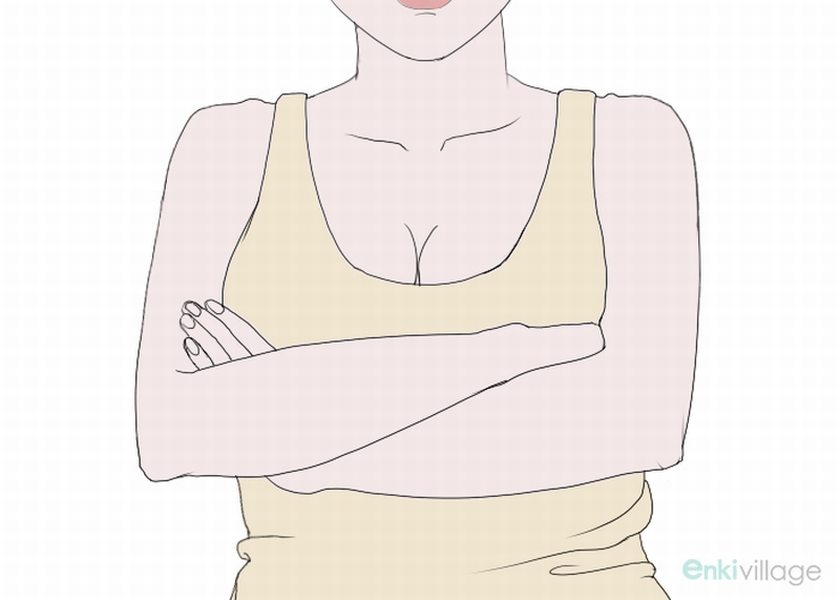 People often use body language (kinesics) as a physical, nonverbal form of communication to convey some feeling or intention. Common body languages include postures, gestures, facial expressions, and eye movements, which give away some clues to how you may really feel. Here are some body language meanings which can help you understand what other people are conveying.

Body Languages and Their Meaning

Arms crossed in front of the chest

This is one of the body language examples that indicate that one is being defensive. The body language meaning of crossed arms may also show disagreement with opinions and actions of other people with whom you are communicating.

Nail biting demonstrates nervousness, stress, or insecurity. Many people bite nails without realizing they have the habit.

This body language example indicates that one is lost in thought, maybe considering something. When your hand is on your cheek and your brows are furrowed you may be in deep concentration.

This action demonstrates that one is growing tired or impatient while waiting.

Touching or rubbing the nose signifies disbelief, rejection, or lying about something.

Brisk rubbing of the hands

This may show that the hands are cold, which may mean that one is excited about something, or waiting eagerly.

This is called "steepling," or placing fingertips together to demonstrate control or authority. This is one of the body language examples that bosses and other authority figures use to show that they are in control.

This gesture is a sign of honesty, sincerity, submission, and innocence. This is how some people show submission and respect during church worship.

The body language meaning of this gesture may be that of boredom, being upset, or being ashamed, so one does not want to show their face.

Whether you are sitting or standing, when your ankles are locked, you are communicating apprehension or nervousness.

Stroking the chin or beard

This communicates that one is in deep thought. This action is often done unintentionally when one is trying to come up with some decision.

Pulling an ear lobe can mean one is trying to make a decision, but remains indecisive about something.

This gesture usually signifies agreement or bowing, a submissive gesture that shows one is going along with another person's opinions.

Picking of imaginary lint is another one of the body language examples of displacement gestures, which one uses to show disapproval of the attitudes or opinions of other. This action makes one look away from the other person while doing some irrelevant action.

This seated version of the “Hands-on-Hip” male posture with the hands behind the head and elbows pointed out is used to intimidate or show a relaxed attitude, thus giving a false sense of security before an ambush is made.

This indicates one is hiding something. When you lower your head while you are being complimented, you may be showing shyness, shame, or timidity. It may also convey that you are keeping distance from another person, showing disbelief, or thinking to yourself.

How to Take Care of Yourself

How to Apply Glitter to Your Nails, According to a Celeb Manicurist