Taking risks is, well, risky. But here’s the thing – if you ever want to achieve something in your life, then there is no other way for you than to take risks. Sure, you can go in completely blind or you can take calculated risks – that’s totally up to you. But the crux of the matter is that taking risks is imperative. And what do you do when you are scared to take the initial leap? Get courage from these songs! 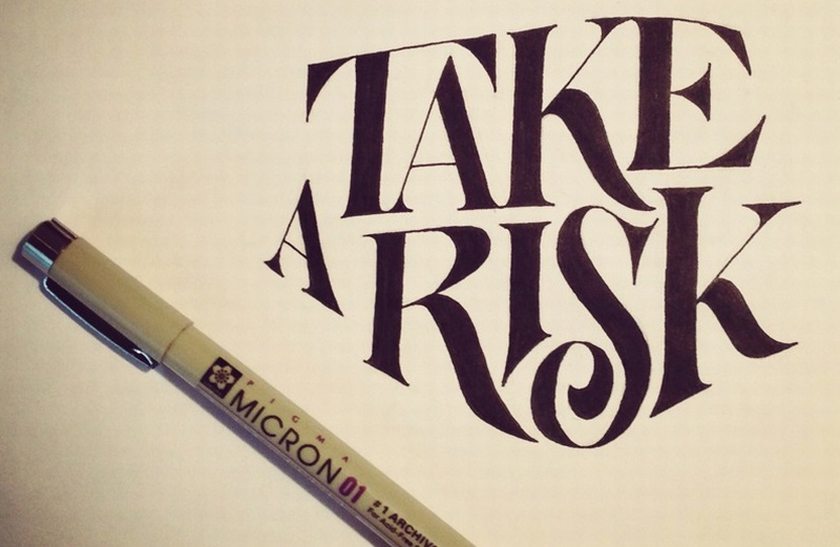 Here are 9 songs in this article to boost your mood when facing risks. We’ve tried to be as diverse as we could when it came to genres, so don’t take offense if your fav genre or song isn’t mentioned in this very short list! Just leave comments and share them with us.

But what do you say to takin' chances?

What do you say to jumpin' off the edge?

Or a hand to hold or hell to pay

This is one of the great songs out there, and yet the most relatable. You can use this song to motivate yourself to get back in touch with your ex, to change your job or to simply stand up to that one person who has been bullying you your entire life. Whatever your situation may be, the lyrics will fit in perfectly with it.

Sure it’s a little country, but hey, if it inspires even one person to take risks, it’s done its job. Tell me if you haven’t ever felt this way before:

I can almost see it

That dream I am dreaming

But there's a voice inside my head saying

The song’s about taking a chance, irrespective of what the outcome maybe. That’s because what is going to shape you as a person is The Climb (or the journey) that you will undergo, not the results of your labor. Quite a deep song for teenagers, that’s for sure.

Dirty Paws – Of Monsters and Men

But she and her furry friends

Took down the queen bee and her men

And that's how the story goes

The story of the beast with those four dirty paws

You might wonder what these weird lyrics about furry animals have to do with taking risks. But here’s the thing – the lyrics are about the little guys who had been bullied and looked down upon for a long time, till they had enough. They took charge of things, rebelled against the queen and finally, became in charge of their own lives.

Florence + The Machine – Shake It Out

Here to relive your darkest moments

And all of the ghouls come out to play

When it comes to songs about taking risks, there’s not much that can motivate you to move ahead than the thought of constant regret, an emotion which this song captures perfectly. Florence sings about her regrets, having enough of her regrets, and then talks about how “it's hard to dance with a devil on your back…So shake him off”.

Heart's on fire, leaving all behind

Dark as night, let the lightning guide you

This is yet another song that encourages you to take risks by “leaving all behind” because if you haven’t sacrificed something in order to move forward, have you really taken a risk in your life? The song’s choir is its high point and it’s highly recommended if you’re in the mood for a little soul searching as well.

Go and run yourself a million miles

Hoping that the colors run out

Get off of my stack

If you watch the video, you will get an early 90s vibe from it, which isn’t necessarily a bad thing, especially if you’re into that kinda music. This is one of those songs about taking risks that instantly lifts your spirits and encourages you to go and talk to that cute guy sitting all by himself at that café he frequents ever so often!

And we both know hearts can change

And it's hard to hold a candle

In the cold November rain

With poignant lyrics like these, it really isn’t hard to deduce that the song is between two lovers, both of whom have accepted that their relationship has become a dead end, but neither has the strength to end it. It’s through this song that one of them decides to finally take a risk, leave behind his feelings of comfort and look forward to a happier life without his partner. Bonus: the guitar solos in this song are simply outta this world!

Alicia Keys – No One

I don't worry 'cause

Everything's going to be alright

People keep talking they can say what they like

But all I know is everything's going to be alright

Sometimes, taking a risk is about leaving the person you know you aren’t happy with. But sometimes, it’s an even bigger risk staying with them because despite not knowing how things will turn out, you want to give it your all. And this is exactly what Alicia’s empowering song is all about – sometimes, you risk everything you have by staying where you are, instead of leaving it all behind and moving forward.

Cause baby whether you're high or low

Whether you're high or low

You gotta tip on the tightrope

Ah. Aren’t all of us walking a tightrope at one point of time or the other? The song’s about not giving a fuck to what critics and haters think about you, and to just go about doing your own thing. The USP of the song, of course, is its uplifting beats and its addictive tempo, which will immediately make you wanna bring out your dance shoes so that you can dance your heart out! If you want songs about taking risks, them this one should definitely be on your list.

The Proper Use of Panderm Plus and Its Side Effects

The Best Tips on How to Dry Your Flowers

Got an Ugly Scab? 10 Magic Cures for You

How to Remove Carpet

I Don’t Wear Much Makeup Thanks to These Skincare Buys

How to Clean Your Room: A Complete Guide

A Polo Match: What Should I Wear

How to Do a Life Make Over