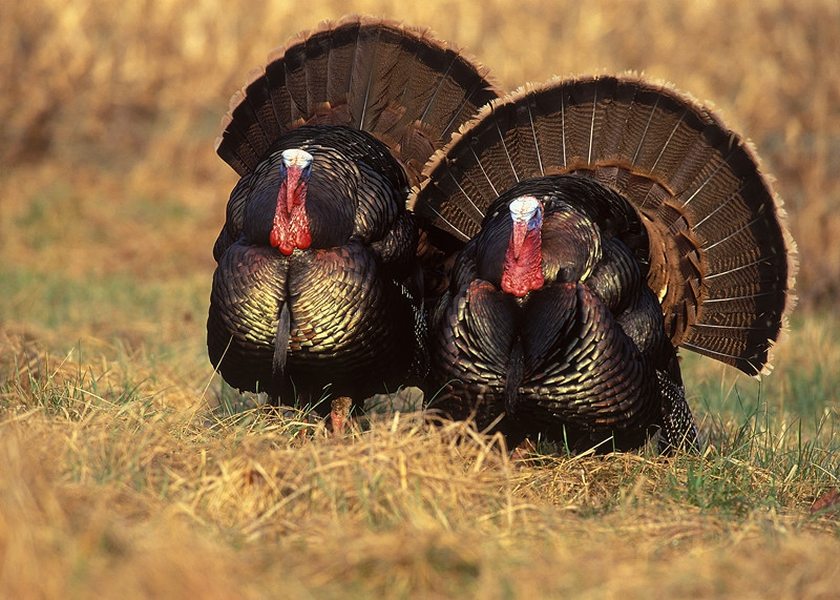 urkeys are an American species. They were first domesticated by Native Americans before the arrival of Columbus, and were one of the animals he encountered being farmed as he explored the West Indies.

The first physical evidence of turkey domestication dates back to between 100 B.C. and A.D. 100 and is found in remains left by the Mayans in Mexico. Recent genetic dating places domestication of the birds back even further, to 800 B.C., with a secondary domestication at 200 B.C. by the Anasazi in the southwest United States. Either way, scientists agree that birds were traded up and down the Americas, went feral and were tamed again in multiple domestication events.

After encountering them in the Caribbean and South American, Spanish colonizers imported the birds to Europe. The specific breed they brought back was Aztec, although others existed at the time. These Aztec birds generated new European breeds, which were imported back to the Americas. Many native breeds have died out, but the European breed re-imported to the Americas is the one that is now commercially farmed in large numbers.

Father’s Day Gifts the Whole Family Can Help Give

What Should Be Included in Balanced Diet?

10 Animals living In Amazon River That Open Your Eyes