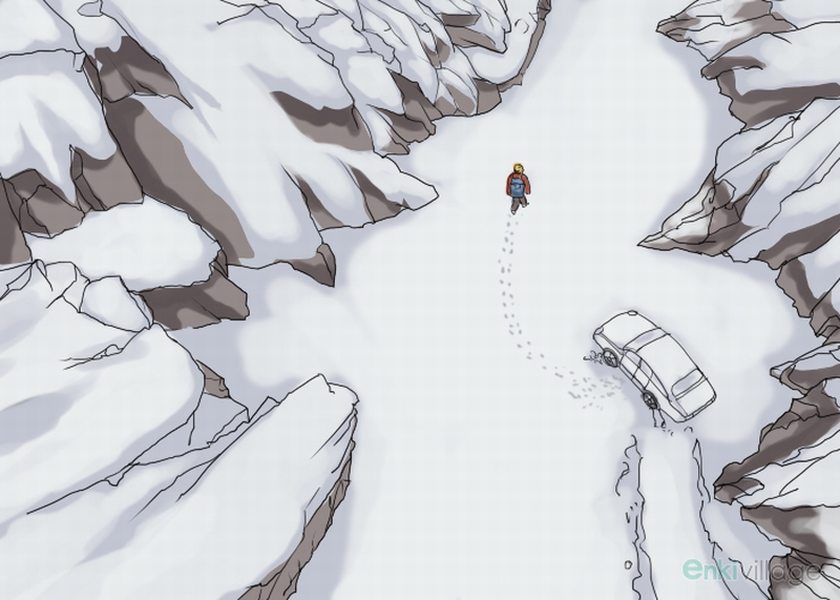 Despite the typical inconveniences of travelling, everyone looks forward to a vacation. Whether dealing with delayed flights, bad food, or hotel accommodations that you weren’t quite expecting, vacation is still a glorious experience. There are, however, some experiences that can turn a wonderful time into a vacation from hell. Here are some horror stories about travel and vacation.

Horror Stories About Travel and Vacation

In the fall of 2006 the Kim family—James, wife Kati, and daughters Penelope and Sabine—left their home in Portland, Oregon to drive south down the coast. They got lost following a shortcut through the mountains and then the car got stuck on a treacherous mountain road. Spending the night in the car, the family woke the next morning surrounded by deep snow. They ran the car’s heat and burned tires for warmth and Penelope breast-fed the children. James left the family looking for help but he never returned. A search party eventually found Penelope and the girls alive, and James body was found a few days later. They were only a mile away from shelter and food.

A couple from California were on vacation in Jamaica when their room was broken into. Everything was stolen with the exception of their cameras and their toothbrushes. Having been robbed of everything, the couple thought they were lucky to at least have their cameras containing the pictures from their island vacation. People are warned all of the time about vacationing in Jamaica and staying within the confines of their resort area. The couple eventually had the film developed from the cameras but a few were difficult to identify. They were dark and fuzzy and looked like a pole stuck between two mounds of dirt. They later realized that it was a photograph of their toothbrushes stuck up someone’s rear end.

A New Breed of Dog?

A couple vacationing in Mexico discover a large animal outside of their hotel room. The woman begins feeding what she believes to be a stray dog. After a few nights, the animal is brought into the couple’s room and sleeps on their bed with them. The woman decides to bring the stray home with her. While riding a bus en-route to the airport, an older man keeps looking at the pet the woman has cradled in a blanket in her arms. When she asks the man if he knows what breed the dog might be, he tells her that it is not a dog, but a large breed of Mexican rat. The woman and her husband were horrified. No one has ever been able to confirm this story and it has become an urban legend in Southern California.

Mystery of the Missing Girl

A teenage girl went to vacation in Myrtle Beach, South Carolina, even though she told her family she would be close to their home in Rochester, New York. She was with her boyfriend and a group of friends. The girl went missing but her cell phone was found in a swampy area; after an extensive search, Brittanee was never found. Brittanee’s mother eventually moved to Myrtle Beach in the hopes of finding her daughter, but the police have never found any trace of her.

Keith Brown, a youth worker from London travelling to Ethiopia was arrested at the airport for possession of marijuana. He was found to have a bit stuck on the bottom of his shoe while in Dubai waiting for his connecting flight. Because the United Arab Emirates has a zero-tolerance policy on illegal drugs, Brown was sentenced to four years in prison. He ultimately received a pardon and an early release, so he was able to finally go home. When travelling, you should be aware of the drug laws of various countries. What is legal in one country may be wholly illegal in another.

Beware What You Drink

Cheznye Emmons, a therapist from Britain was on vacation in Indonesia with her boyfriend and a group of friends when she became so ill that she had to be rushed out of the jungle and to a hospital. Emmons was placed into a medically-induced coma and it was discovered that she had ingested methanol. The friends had bought bottles of alcohol labeled as having gin but were actually a home-brewed methanol, which is cheaper, but can cause seizures, blindness, kidney failure and in some cases, death. Emmons never did recover. Her parents removed her from life support. Beware of alcohol in Indonesia, as this deadly home-brew is a growing problem.

A family on vacation in Key West, Florida were enjoying a fun-filled day out on the water after renting a boat. They spent the day on a popular sand bar soaking in the sun and enjoying some alcohol. At the end of the day, when it was time to head back, the boat seemed to be travelling very slowly. They turned off the motor and restarted the boat, only to have the front end tip further and further into the water, taking on water. Someone finally realized that they had been dragging their dropped anchor through miles of endangered coral reef and had gotten stuck.

Not the Room We Expected

A family had booked a hotel for their vacation in Maine. They arrived late to the hotel, but when the father opened the door to their room, he found two young women huddled in the corner. It turns out that someone at the hotel had given the girls the room for free, not realizing it had been reserved for guests. The family of four was put into another room with one double bed and a cot to sleep on. Later that night the smoke alarm went off and everyone was forced out of the hotel until the fire department determined everything was safe.

10 Reasons to Travel With Your Partner Before Marriage

The Hardest Part of Traveling

Train from Oslo to Stockholm