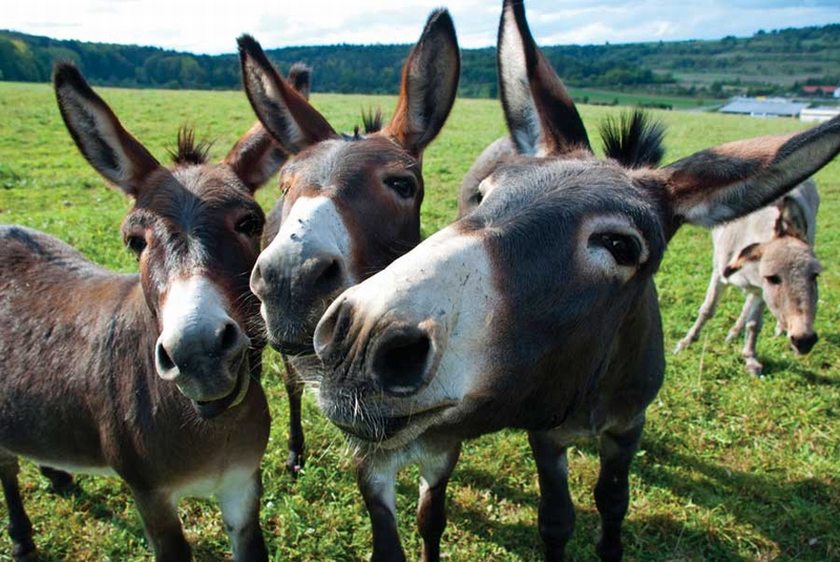 The term hybrid does not just refer to automobiles, there are also many hybrid animals found in nature and in the barnyard. Just as a hybrid vehicle combines two power sources, a hybrid animal is a combination of two different species.

Hybrids are created when two different but closely related species such as a lion and a tiger breed. The resulting animal will have characteristics of both species and it will usually but not always be sterile. The sterility results because the genes of different species of animal are usually not compatible. Eight examples of hybrid animals are listed below.

8 Hybrid Animals That You May Not Know

A tigon or tiglon is a cross between a male tiger and a female lion or lioness. Tiglons have characteristics of both lions and tigers, for example they have stripes and the male has a mane. Unlike mules, Tiglons sometimes breed and produce offspring that are usually of delicate health. A liger is the offspring of a male lion and a female tiger. Ligers are sociable animals like lions but they like swimming like tigers. Ligers are the largest known variety of cat. Like tigons they can sometimes breed and produce offspring.

This creature is sometimes called a geep or a toast. Even though sheep and goats graze together, hybrids are rare because sheep have 54 chromosomes and goats have 60 chromosomes. Only a small number of such hybrids have been known to grow to adult hood. The majority die as babies or embryos. Sheep goat hybrids are more common in some parts of the world such as Africa and Chile than elsewhere. In Chile, many farmers attempted to breed sheep-goat hybrids and sometimes succeeded. It isn’t clear why they tried to breed such animals.

A savannah cat is a cross between a wild African cat called a serval and a domestic cat. The savannah cat is one of the few hybrids that are widely kept as a pet. The International Cat Associate accepts the Savannah Cat as an official breed that means they can take part in cat shows. Since Savannah cats can produce offspring they are often systematically bred. Savannah cats are very loyal and unlike most cats they can be trained to walk on a leach fetch. Savannah cats are known for their jumping abilities: they can leap up to eight feet in the air.

Also known as a Zorse, a Zebra mule, a Zonkey or a Zebrule, this creature is a cross between a zebra and another equine such as a horse, a donkey or a pony. A Zebroid will usually look like a horse, a donkey or a pony but has stripes like a zebra. These animals are sterile because Zebras have a different number of chromosomes from other equines. Zebroids are usually very hard to tame and train like Zebras which are extremely aggressive and often rather violent. They are also usually stronger than horses.

A dzo, zho, zo, khainag or yakow is created by breeding a yak and domestic cattle. The term dzo is used to describe the male which is almost sterile and often used as a pack animal in the Himalayas like a mule. The dzomo or female on the other hand is fertile and is often bred for meat and milk in Asia. In Mongolia and Tibet, dzo meat is considered superior to beef. Dzomos are usually bred with bulls or yak bulls to create a new generation of hybrid. Most experts think that most of the yak in Asia have dzo DNA in their heritage.

Created in Taiwan in 1986, this fish is one of the world’s newest hybrids. It was created by breeding a redhead cichlid and a midas cichlid fish. The blood parrot usually has a bright color but it can have serious deformities. Interestingly enough the blood parrot cichlid is controversial. Some fish hobbyists have branded the breeding of the fish inhumane and called for boycotts of dealers that sell them. The blood parrots’ defects include a misshaped mouth that cannot fully close and compressed vertebrae. They often have a hard time eating and digesting food because of the shape of their mouth.

3 Excellent Recipes for How to Make Crispy French Fries

Animals with Very Long Pregnancies May Shock You

Are Coffee Grounds Good for Plants?

https://waterfallmagazine.com
Thanks for finally writing about > Hybrid Animals – comeshop < Liked it!