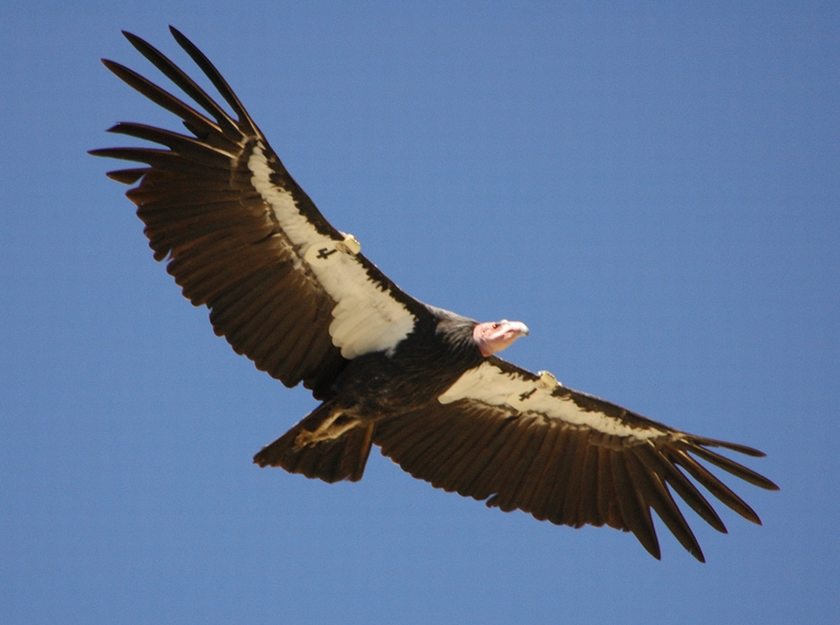 In ornithology, the term "bird of prey" is described as any kind of bird, which own strong talons, keen sense of vision and strong curved beak, which has the capacity to tear flesh. These characteristics can frighten any people and can cause so much terror that these birds may attack pets or individuals. But regardless of fear, birds of prey are still fascinating creatures, which continue to be at the top of the food chain.

Some of well-known birds include hawks, vultures, eagles and others. Meanwhile, nocturnal raptors are owls, which belong to the Strigidae and Tytonidae families. It may seem difficult to determine the largest bird of prey unless you had detailed study of wingspan and size.

The standard largeness of birds should be defined as the total overall length as well as the wingspan, which are very important for birds. Thus, the largest birds of prey should be discussed properly and separately.

In Terms of Beak to Tail Length: California Condor

California condor live in oak savannas, shrub land and coniferous forests. They are found staying large trees or near cliffs, which they normally used for nesting. Individual birds can travel long in order to search for carrion.

The primary food of California condors are carrion or dead animal carcasses. They can go on traveling just to look for carrions. These birds love to eat the carcasses of large dead animals like sheep, cattle and deer. Aside from carrions, birds of prey list also include goats, donkeys, cougars, bears, cattle, bears, pigs and horses. In some cases, Condors also take rabbits, coyotes and other aquatic mammals. For unknown reason, condors rarely eat reptile and birds.

This largest bird of prey can reach the heights of up to 15,000 feet and can travel up to 150 miles per day to look for their next meal. Condors do not have a good sense of smell so they find their food through their keen eyesight. Condors are very similar to scavengers, they are considered as the cleaning crew of the nature. Things can be messy if condors do not look for carrions.

The number of California condors had steadily declined in the 20th century until only 22 existed in the world. In order to prevent their extinction, the last 3 flying condors were taken into captivity. During the period of 1988 to 1991, no California Condors were found in the wild. However, reintroduction efforts had started in the early months of 1992 up to today. The record shows that as of May 2013, there are around 435 California condors in the world. 237 condors are flying freely in the California, Arizona and Mexico.

California condor is an important symbol to Native Americans. In fact, condor bones are found in the graves of Native Americans. Some tribes had killed condors to create ceremonial clothing out of the feathers. The process of creating ceremonial clothing out of the condor feathers had contributed to the declining numbers of the California condors.

No Water Damage Restoration Is Too Big for Us

Animals with Very Long Pregnancies May Shock You

Do You Know Family Trait?

https://waterfallmagazine.com
Having read this I thought it was rather informative.
I appreciate you finding the time and effort to put this informative article together.
I once again find myself spending way too much time both reading and commenting.
But so what, it was still worth it!