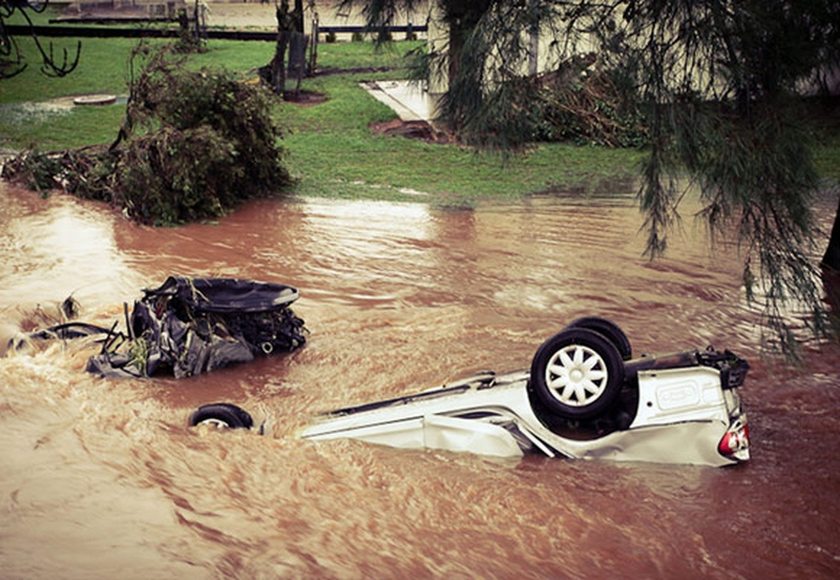 Natural disasters are often extreme, sudden events that are usually caused by abrupt climatic changes and certain environmental factors. A natural disaster can cause property damage, econimic damage or loss of life. Man has spent years trying to find ways to predict weather patterns, but it seems that there's still a long way to go because windstorms, earthquakes, floods, diseases, and other types of natural disasters are still striking the earth with death tolls in the millions. Here's a list of the top 10 natural disasters that changed the face of the world.

When an expanse of water overflows, it submerges land and destroys everything that gets in its way. This is a flood. Floods are usually caused when the volume of water within a lake, river, or other body of water exceeds the total capacity of the body. Sometimes, the water level rises and causes it to overflow its channel.

The world has seen numerous floods throughout history, but the Yangtze River floods were the most disastrous ever recorded. They were caused by torrential rains and killed more than 3.7 million people in southern China.

Tornadoes are violent, rotating, funnel-shaped clouds that usually extend from thunderstorms to the ground and have wind speeds of between 50 and 300 mph. A tornado’s path of damage can exceed 50 miles in some cases. Some tornadoes are clearly visible, while others are not. Similarly, there can be only one tornado at a time or there can be a large number of tornado outbreaks along, what are called squall lines.

Tornadoes are responsible for causing an average of 70 deaths and over 1,500 injuries in the U.S. each year. The Tri-State tornado that hit Illinois, Missouri, and Indiana in 1925 is still the deadliest tornado of all time with a death toll exceeding 695.

Usually caused by a powerful earthquake, underwater explosions, landslides, or volcanic eruptions under the ocean floor, a tsunami is one of the deadliest types of natural disasters and can affect millions of people. Tsunami waves get bigger as they approach the coast and cause tremendous damage.

The 2004 Indian Ocean Tsunami is the deadliest of all time causing about 280,000 deaths.

Extreme temperatures caused by a heat wave or cold wave are one of many climatological hazards. A heat wave increases the temperature in a certain region and pushes the human body beyond its limit. The same is the case with a cold wave that is accompanied with heavy snowfall and extreme cold, which may lead to hypothermia.

The deadliest heat wave of all time struck Europe in 2003 and led to 70,000 casualties. 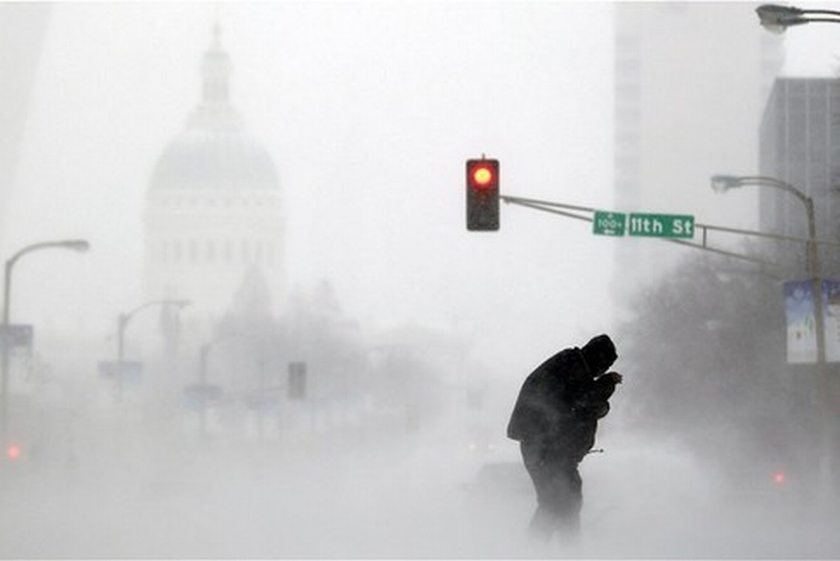 An avalanche is a geophysical hazard caused by a large amount of snow sliding down a mountainside. It is a common sight in some mountains in winter. When an avalanche moves towards ground level, it gains mass by amassing snow from the snowpack and is usually at its highest speed when it gets nearer to the bottom of the slope. An avalanche occurs when the snow packed down on the surface fails to carry its weight. Rapid wind speed, major temperature changes, and manmade influences are other common factors causing avalanches.

The Huascarán avalanche in Peru is considered the deadliest in history – it was triggered by the 1970 Ancash earthquake and killed more than 20,000 people.

A drought occurs when a region doesn't receive enough rainfall which leads to a severe deficiency in the water supply. When the situation persists over an extended period, it changes the ecosystem and destroys the agriculture of the region.

The Horn of Africa witnessed the worst drought in 60 years in 2011, leaving more than 12.4 million people with limited to no food supply. Due to its impact, a draught has to be included in the list of natural disasters.

Cyclones, tropical storms, typhoons, and hurricanes describe the same disaster type. Basically, these types of natural disasters refer to a closed circulation system in the atmosphere that consists of strong winds and low pressure. The winds rotate clockwise in the southern hemisphere and counter clockwise in the northern hemisphere. A tropical cyclone is usually characterized by a low-pressure center with strong winds and spiral rain bands.

Bhola cyclone that hit Bangladesh in 1970 is considered the deadliest since it caused the deaths of over 500,000 lives.

In the United States, over 90% of wildfires are caused when people leave campfires unattended, discard cigarettes carelessly, etc., but long-lasting lightning bolts can also start a fire in wild lands.

The Peshtigo Fire in Wisconsin is the deadliest wildfire in U.S. history with estimated deaths of over 2,500 people.

A volcano is formed when magma from the earth's upper mantle moves to the surface. It takes the form of a pool filled with molten rock. A volcano erupts when pressure builds. This can cause hot ash flows, lava flows, lateral blasts, falling ash, and avalanches. An erupting volcano can often trigger flash floods, tsunamis, mudflows, earthquakes, and rock falls.

Indonesia witnessed the deadliest volcanic eruption in 1815 when Mount Tambora erupted and killed over 92,000 people.

Earthquakes are one of those types of natural disasters that strike without an early warning. An earthquake is the result of the sudden break within the upper crust of the earth, which may also break the surface and lead to the vibration of the ground.

In 2008, the 7.9 magnitude earthquake that struck Wenchuan, a county of Sichuan Province in China was devastating and killed over 61,150 people.

How Are Pearls Formed?