Delhi, India’s capital city, boasts a rich history. This is only enhanced by the myriad enchanting forts, monuments and mosques which date back to the time of the ruling Mughals who once called the city home. In essence, there are two Delhis; the Old and the New, each bares striking differences which are worth discovering over and over again. Both aspects of Delhi offer the visitors much in the way of relaxation. 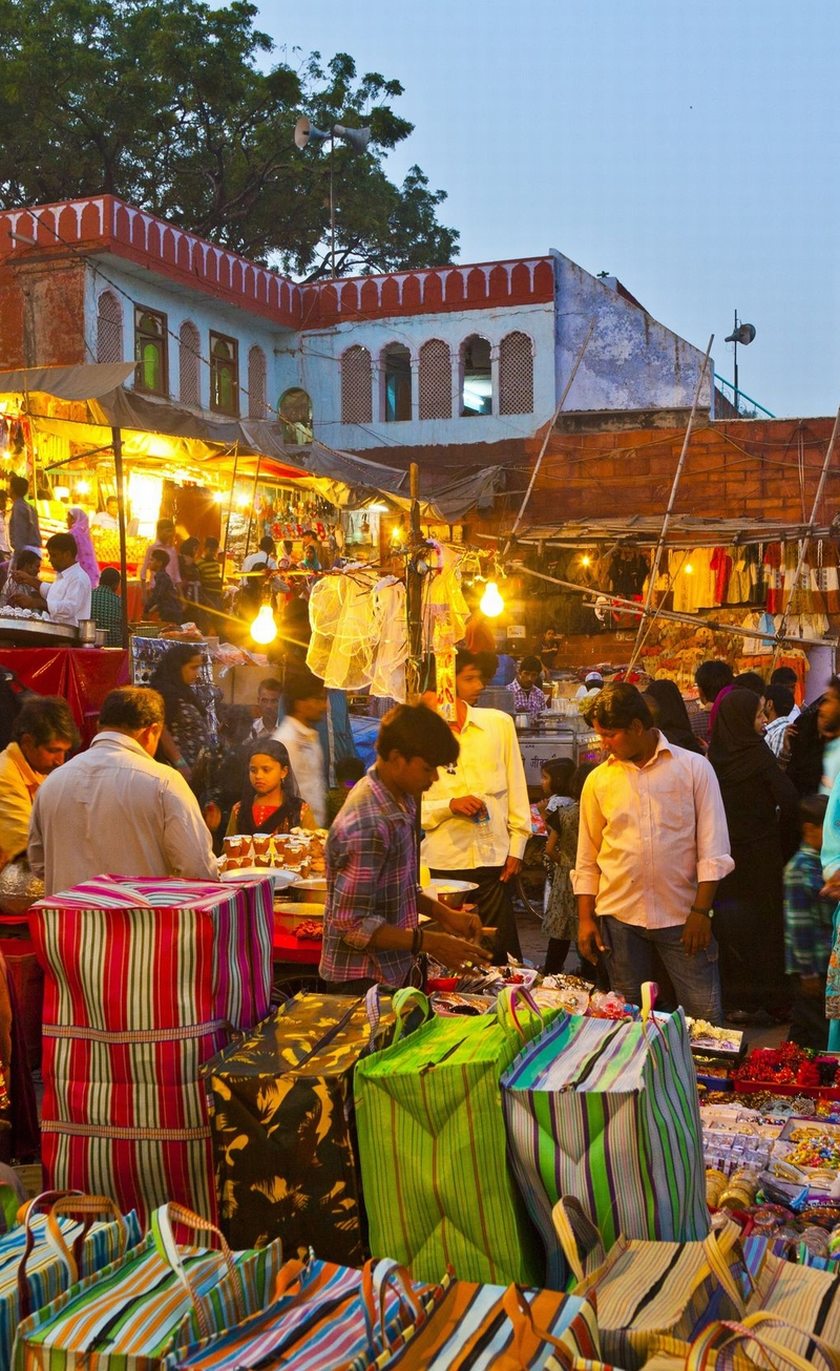 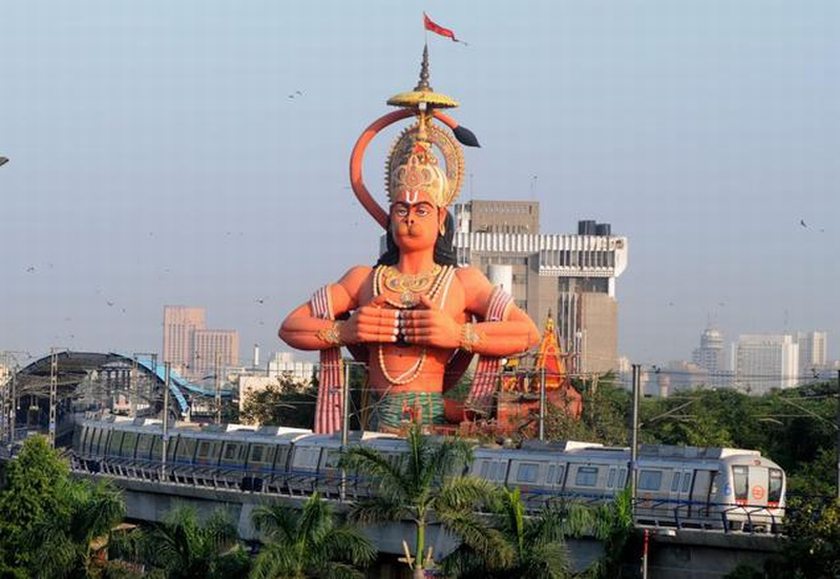 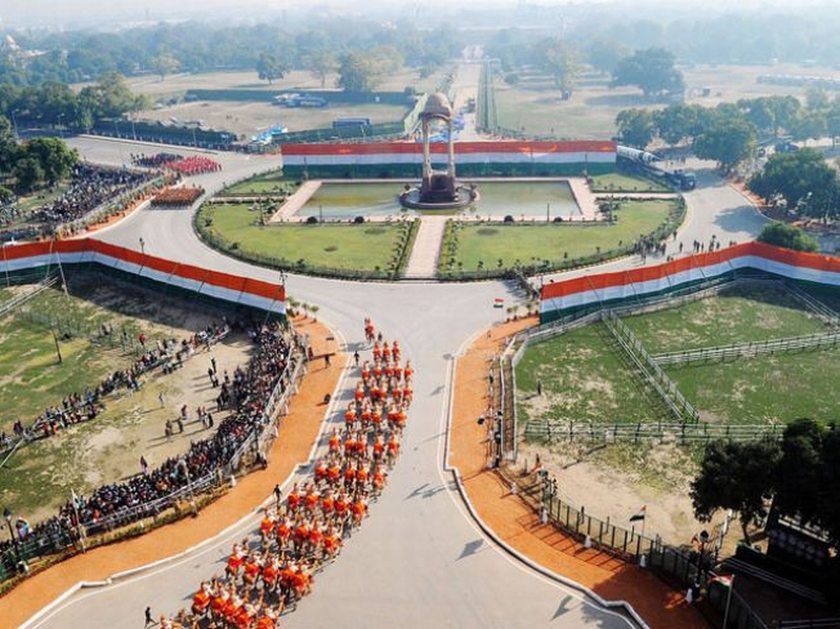 10 Excellent Places to Visit in Delhi

Humayun’s Tomb is one of the most popular places to visit in Delhi, which should come as no surprise. It is a breathtaking example of Mughal architecture and is often thought to be the practice piece predating their construction of the Taj Mahal in Agra. The building has been named as a World Heritage Site by UNESCO for its splendid Charbagh style architecture.

The open air market of the Dilli Haat is home to over 62 shops selling crafts and many other stalls which offer a mouthwatering selection of savory cuisine featured from almost every state in India. Artisans from all over India gather daily to display and seek buyers for their wares. The Dilli Haat can be found close to the INA in Delhi and is operated by the Delhi Tourism and Transportation Development Corporation.

The Red Fort bears the monumental history of being the center of the Mughal Empire. The now quiet complex only whispers of its past where it was a bustling citadel of palaces, majestic structures, verdant courtyards and lively fountains. It bears historical significance for being the point at which the flag of the independent Indian nation was first hoisted when the state separated itself from the rule of the British.

The Akshardham Temple can boast of being one of the most visited sites in Delhi. As a matter of fact, 7 out of 10 visitors to the city stop by the Temple. The Temple is located in a complex which represents a true modern marvel of architecture on the banks of the Yamuna. The design of the Akshardham is a testament to the history, culture and beliefs of the Hindus which have transcended time and space.

One of the places to visit in Delhi is the Lotus Temple in Kalkaji which is famous for not only being an amazing work of creative architecture, but also a beautiful monument. It is one of the most unforgettable and much visited symbols of the Bahai faith. Construction of the temple was completed in 1986 using a combination of cement, dolomite, marble and sand. It encompasses a serene and tranquil atmosphere which is perfect for meditation and enlightenment. The Lotus Temple is accessible to people from any religion.

Jama Masjid is the iconic symbol of Islam in India. Its construction was completed in 1650 after about 13 years of building by emperor Shahjahan, the same Mughal ruler who commissioned the building of the Taj Mahal and Red Fort. The Jama Masjid is among the most beautiful and famous mosques in India and possibly all of Asia. It is a great example of Mughal engineering and masonry in marble and stone. It is no wonder that art lovers, history buffs and tourists all round, flock to this monument on their visit to India.

Built to commemorate the sacrifice of the British Indian soldiers who gave their lives for the Empire during World War I, the India Gate is recognized as a national monument as well as one of the famous places to visit in Delhi. The site on which the monument stands is verdant and well maintained. It is actually a favorite picnicking spot for many locals and visitors to the city. It is no less appealing at night when it is truly an eye-catcher as it stands prominently lit by several flood lights which only serve to magnify its majesty.

The Chandni Chowk is the premier shopping district in Old Delhi. Here you will always find a bargain on cloth and electronics. Enjoy the various local delicacies on sale by street vendors. The roadways are always busy with pulley carts, their drivers and passengers with pedestrians all making their way along. It breathes of a rustic charm that only India can produce. Chandni is also noteworthy for the vegetarian dishes made at Karim.

Although still a mystery as to the reason for its construction, the Qutab Minar boasts of being the tallest minaret made of bricks in the world. It dates as far back as 1206 and as such is an astounding emblem of Islamic architecture in India. The Qutab features five levels and is ornately decorated with carvings as well as verses from the Quran, the sacred writings of Islam. It is surrounded by several other historical monuments. Located in Mehrauli in the south of Delhi, the Qutab Minar is accessible from sunrise to sunset every day.

Garden of Five Senses—A Place to Experience Peace and Tranquility

The Garden of Five Senses is a place of peace and tranquility in the midst of the hustle and bustle of every day Indian life. It is quite unusual for its being designed with the purposeful intent of arousing all five senses. This it achieves through its varied collection of plants, bells, waterfalls, peculiar sculptures and flowers. There is an amphitheater which hosts live music performances. Visitors also usually find the restaurants, bars and zoo quite appeasing. You can enjoy the garden free of cost between 6 am and 9 pm each day.

Here is a video about a list of some more places to visit in Delhi:

Travel Hacks: How to Keep Safe When Backpacking

Things to Do in Detroit