Himachal Pradesh is a mountainous region located at the base of the Himalayan mountain range. The landscape of this region consists of several snow covered mountains and valleys which attract the attention of the adventure seekers. With all the places to visit in Himachal Pradesh, it is also the preferred vacation destination for people who want to escape their routine lives to enjoy the mountainous air. 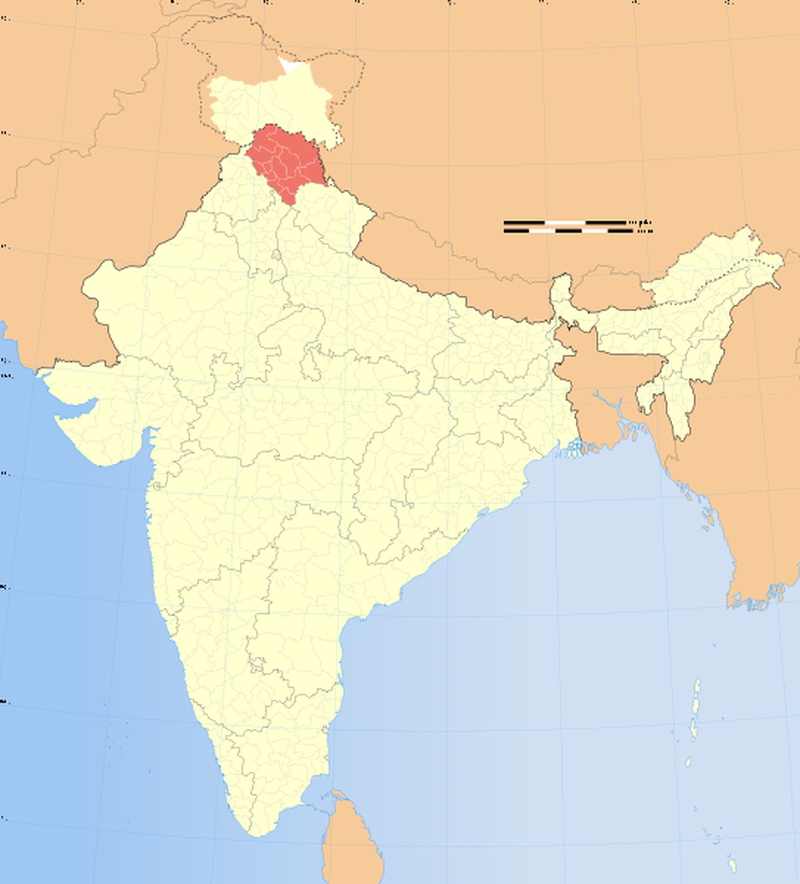 Places to Visit in Himachal Pradesh

Dalhousie is a hill station located in Himachal Pradesh which is named after its founder, Governor-General Lord Dalhousie. It is one of the favorite travel destinations of Himachal Pradesh and attracts hundreds of tourists each year, especially during the summer months. Dalhousie is best known for its trekking hills, natural springs, Victorian mansions, scenic vistas and an amazingly serene climate. The hill station has many restaurants and hotels present in it that provide delicious Chinese and Punjabi cuisine as well as affordable accommodation.

Baspa valley is located in Kinnaur at the junction of the Baspa and Sutlej rivers. The valley starts from Karcham, lying at an altitude of 1,899 m, and goes as far as Chitkul which is situated at a height of 3,435 m. It is among the most beautiful valleys of the region and is full of wooded slopes and green fields. This valley is a literal fairyland which is the reason why many tourists like visiting the place. The peculiar people, houses and temples of Baspa valley are a treat for the tourists in addition to the scenic natural beauty of the place.

One of the places to visit in Himachal Pradesh is Kalpa. Kalpa is among the most beautiful valleys of Kinnaur which was until recently the headquarters of the district too. This valley lies at an altitude of 2,670 m and is known for being the place for the Kalchakra Sermon delivered by Dalai Lama in the year 1992. There is a monastery located near the valley which is among the many tourist attractions of this region. Also among the highlights of this valley is the Kinner Kailash Mountain, which is known for changing colors many times during the course of a day.

Situated near the bank of the River Chandra is the valley of Gondhla. Lying at an altitude of 3,160 m, Gondhla is a historical place which is most famous for the House of the Thakur of Gondhla. This house, built in the 1700s, is the biggest tourist attraction of the valley. It contains many memories of the days gone by and old costumes and furniture can be seen lying around the place. Gondhla is also the venue of a yearly fair that is held in July. The special thing about this fair is the dance of the lamas. Thousands of tourists come here to see this fair each year.

The Suketi Fossil Park is a one of a kind natural reserve which houses fiberglass models of extinct animals that once used to roam this place instead of live animals. This park is situated in the Simaur district and attracts a large number of tourists each year. The park contains fiberglass models of 6 pre-historic animals whose fossils were found in this region. The Suketi Fossil Park lies on the banks of the Markanda River near the Nahan valley. All these make it one of the best places to visit in Himachal Pradesh.

Kullu is a famous vacation spot and one of the most frequently visited places in Himachal Pradesh by tourists from all over the world. Located on the banks of the Beas River, Kullu is considered to be the valley of gods for its scenic natural beauty. Adventure seekers can enjoy trekking, white water rafting, skiing and paragliding here while tourists can visit places like the Parvati Valley, Sultanpur Palace and the Temples of Basheshwar Mahadev, Bijli Mahadev and Raghunathji.

Manali is yet another extraordinarily beautiful places to visit in Himachal Pradesh which is famous for its snow-capped mountains and awe-inspiring natural beauty. Lying at an altitude of 6,726 feet, Manali is the go-to place for adventure lovers and offers a wide range of sporting activities for the touring public. The top tourist attractions of Manali include Rahala Falls, Rohtang Pass, Solang Valley, Hadimba Temple and the Pin Valley National Park.

Chamba is a hill station located on the banks of River Ravi. It lies at an altitude of 900m and is well-known for its amazing natural beauty. Nature lovers from all over India and the world visit the place to spend their holidays basking in the fresh mountain air. Beside the scenic beauty, Chamba also has a number of tourist destinations which include Kalatop Wildlife Sanctuary, Chamba Central Park, Rang Mahal, Church of Scotland and the Bhuri Singh Museum.

Shimla is the capital of the state of Himachal Pradesh. Back when the British ruled India, Shimla used to be their summer capital. It is considered one of the most naturally beautiful areas in Himachal Pradesh and is known for its colonial style buildings, pine forests and cool weather. The landmarks of Shimla that are a treat for tourists include the old Christ Church, Scandal Point and Viceregal Lodge. Shimla also offers plenty of adventure sports to tourists who visit here in large numbers during summer.

Lying at a very high altitude, Spiti is located near the border of Tibet and Ladakh. Spiti is a very remote area of Himachal Pradesh that has not been explored much. The reason for this is that this area is covered mostly in snow for the most part of the year. In addition to this, the place is not easy to reach. You will have to drive from Manali to reach Spiti and it is a very long and hard journey. However, the scenery present in between Manali and Spiti is well worth the effort. Spiti started welcoming foreign tourists in 1991 and has since become a favorite of the touring public, thus it is no doubt one of the best places to visit in Himachal Pradesh.

The video below shows you some other places to visit in Himachal Pradesh:

7 Reasons You Should Visit Mustique

Beautiful Places to Proposal and Get Engaged