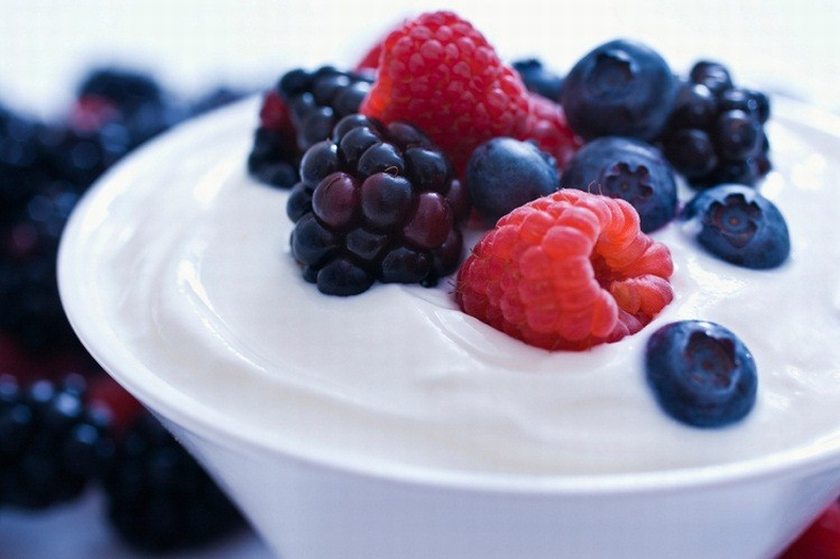 The beneficial bacteria present in the gut, which help stimulate the natural digestive juices and enzymes and keep the digestive organs to function properly, are called probiotics. Research has found that people who consume probiotic have lower blood pressure than people who do not consume them. This is just one of the many benefits from consuming this live microorganism. Foods which contain live micro-organisms are called probiotic foods. Given below are list of natural probiotic foods.

These top 10 probiotic foods can be easily incorporated in the diet.

One of the most popular probiotic foods is Yogurt. It has live culture and contains one or two strains of beneficial bacteria needed by the body to maintain a healthy gut flora. Study has shown that women who eat yogurt regularly have positive changes in brain function. It is important that the label is read properly when buying yogurt, as they might be loaded with artificial sweeteners, HFCS and ended up being like ice cream.

Kimchi is a popular Korean dish made from fermented cabbage. It is spicy and develops a sour flavor during fermentation. It contains beneficial bacteria produced during fermentation and has other nutrients like beta-carotene, calcium, iron, and vitamin A, C, B1 & B2. If you like spicy food, you can add Kimchi to your diet and it can be eaten at any meals of the day.

Kefir is a product made from fermented goat’s milk and kefir grains, which is similar to yogurt. It contains lactobacillus and bifidus bacteria which improves the quality of gut bacteria, improves immune system and aids in digestion. It has high levels of anti-oxidants, protein, calcium and potassium. A lot of products like ice-cream, cheese, popsicles, oatmeal are made using Kefir.

Tempeh is made from fermented soy beans which are probiotic rich. It can be used as a substitute for meat or tofu. To make tempeh, the soy beans are bound into cake form like a vegetarian burger patty. It is a good source of vitamin B12 and can be cooked in various ways like sautéed, baked or crumbled on salads. The texture of tempeh is firm and it has an earthy flavor.

Green Peas were recently categorized as probiotic food. A study conducted in 2013 found that peas contain a strain of bacteria called Leuconostoc mesenteroides, which are probiotic in nature and show high IgA-inducing ability. It increases the IgA antibodies in the immune system. Such antibodies are responsible for enhancing the mucosal barrier function and hence green peas will be responsible to fight off infections and colds. Since probiotics can be damaged by heat, raw peas should be added to salads or snacks.

Miso soup is a traditional Japanese dish made from fermented rye, soybeans, rice, barley and other grains. It can be added to hot water to make a quick soup and also be added in marinades. Miso contains high amount of lactobacillus and bifidus bacteria. It is a digestive regulator and is part of Japanese medicine.

This is similar to Kimchi and is made from fermented cabbage. It is rich in vitamins and contains four different species of lactic acid bacteria. A study has found that these bacteria reduce the risk of heart disease and some forms of cancer as well. The unpasteurized form of sauerkraut should be consumed, as high temperatures can kill these bacteria.

Pickles are very tasty snacks and are excellent sources of probiotics as well. To be rich in probiotics, they should be made by fermentation method and not by using vinegar as brine. It contains lactobacillus and helps in improving the health of the gut. They are also responsible in creating B vitamins in the gut. Pickles should be avoided by people on low salt diet, as the salt content is usually very high in pickles.

Kombucha has been used by the Chinese for thousands of years. It is a type of fermented tea, which contains high amounts of healthy bacteria. Traditionally, it is believed to increase energy and helps in weight loss as well. It should not be used by people who have had Candida infection.

Places to Visit in Kashmir

How Do I Clean a Futon Mattress?

How to Make Coconut Oil with Fresh/Dried Coconut

How to Make Donair Sauce and Donair