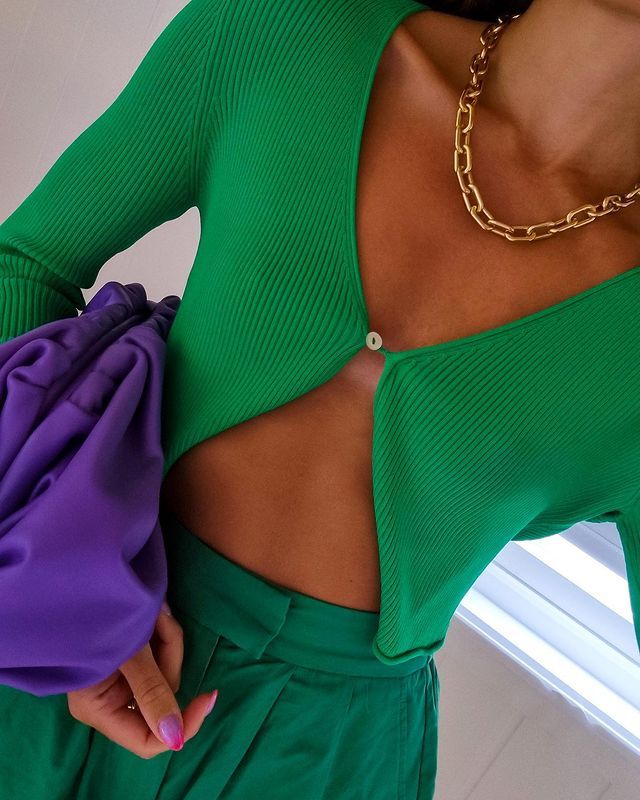 Yesterday, when I stepped outside, the chill and moisture in the air felt distinctly like autumn. My gut reaction? Excitement. I love autumn, I love dressing for autumn, and now, it feels like I can genuinely start planning my outfits for the upcoming season. You might think I’m unnecessarily organised. After all, we still have at least a few weeks of summer left. But after my latest Instagram scroll, it would appear I’m actually late to the party, as many of my favourite influencers are already wearing autumn trends now.

Why, I hear you ask, would they do such a thing? It probably has something to do with the fact that the autumn 2021 trends are some of the most fun to wear that we’ve seen in a long while. Autumn fashion can often be quite serious, dominated by a moody colour palette and sharp tailoring. If you’re a minimalist, fear not—there’s still plenty of that to go around, but some of the biggest, overarching looks of the season err on the bold, playful side.

Bright hues, high-octane embellishments and supersize silhouettes are just some of the stylish treats autumn has in store, which influencers are already finding impossible to resist. Scroll on to see six examples of influencers wearing autumn trends early.

This is the year we all fell in love with bold colours again—including the creative directors at top fashion houses. The A/W 21 runways were awash with highlighter shades, the apparent mantra being the brighter, the better.

And now, saturated shades are dominating our feeds and new-in sections alike. Tap into the trend with a bright handbag, or go all out with a pair of trousers matched with an equally eye-catching top.

If You’re Not Into Skinny Jeans, These 10 Loose-Fitting Denim Looks Are for You

7 Easy Wedding Guest Outfit Ideas That Will Work Every Time

Layering Tricks That Will Help You Outsmart the Weather This Year