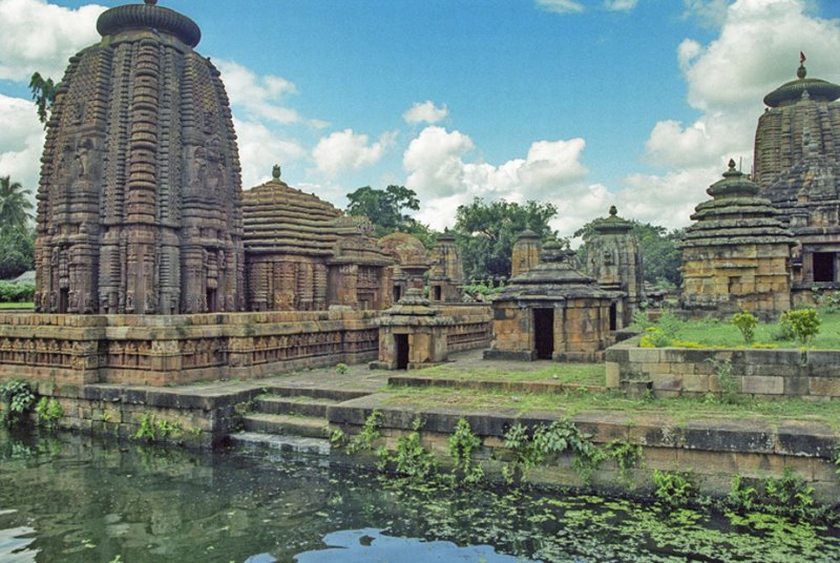 Orissa, now called Odisha, is not one of the top picks for visitors in India. This could be due to its mainly rural outlook and remote location. Nevertheless, it has been experiencing an increase in visitors which could be due in part to the interesting collection of tourist places in Orissa which include clean beaches, temples, national parks, indigenous flora and fauna, traditional dances and music, tribal culture and relics of Buddhism.

Bhubaneshwar is the capital of Orissa and is notable for the over 700 sacred temples that are to be found there. Many of these holy places are in dedication to Lord Shiva. The largest one is the Lingraj Mandir. Another attraction that draws visitors are the diverse array of caves cut out of the sides of the hill just outside of the city. These were once the home of Jain aesthetics. The most popular of these is at Udayagiri or Sunrise Hill, named for the spectacular view of the sunrise that can be enjoyed there. Other notable scenes include the Ekamravan garden of medicinal plants, the dance and music festivals and Adivasi tribal mela.

Puri is most revered for its importance as a Hindu shrine to the deities. There you will find the Jagannath Temple and the Raghunandan Library. The spiritual significance is so profound that non-Hindus are prohibited. Many visitors do their sightseeing from the roof of the library. Puri is a great location for planning a day trip or tribal tour. The area gets really lively during the Rath Yatra Festival in July or August which is the only time that a non-Hindu is permitted to see the astounding deities of the Temple. There is also a beach festival held in November each year.

Relatively recent archaeological excavations have uncovered over 200 Buddhist sites across Odisha, revealing structures and artefacts dating back to the 6th century BC when Buddhism was most prominent. These include shrines, monasteries, stupas, sculptures and temples. The backdrop of rural life with its paddy fields and fertile hills adds to the aesthetics of the area. These sites are largely unexplored and hold much promise in their novelty and historical richness. The three with the most to offer are Udayagiri, Ratnagiri and Lalitagiri, which form what is called the “Diamond Triangle”.

It comes as no surprise that Mahendragiri is one of the most popular tourist places in Orissa. Its preference has much to do with its astounding altitude of over 5000 feet above sea level which affords a breathtaking view of the surrounding landscape which encompasses forests of rich evergreens, the fast pace of the Mahendra Tanaya River and all topped off with beautiful weather. Here can also find several interesting relics depicting the life and history of the region. Visitors usually enjoy the Mahendragiri for the peaceful and quiet escape it provides from the hustle and bustle of other areas in Odisha.

The Udayagiri Caves total 18 in number and are a poignant symbol of the heritage of the region. The caves are hewn out of the rock of the Udaygiri hills which measure 135 feet. The caves were originally home to the Jain people who were scholars and hermits. A visit to the caves will reveal inner walls beautifully decorated with paintings of people and animals as well as excerpts from sacred texts. The most impressive of all is the two-story cave called the Rani Gumpha as its walls and doorways bear the most ornate decorations.

Chilka is a lake in Odisha which welcomes many visitors throughout the year, making it one of the most popular tourist places in Orissa. It is actually notable for being the largest salt water lake in India. It measures 70km in length and is 15 km wide. The lake lies to the southwest of Puri–another popular tourist destination. Chilka’s charm is due greatly to the picturesque and serene natural surroundings as well as the attraction of the many species of Siberian birds which come by during the winter.

The Konark Sun Temple is over 700 years old and has been declared a UNESCO World Heritage Site for its rich historical significance. It is a great testimony of Indian architecture, built to look like a chariot of the Sun God. In addition to its beauty and intricacy of architectural design, visitors to Konark can enjoy several festivals held in the area such as the Konark Festival which is held every winter, featuring classical and folk Indian dances. You may also visit the markets in Konark where you can shop for authentic handcrafts made from stone, horn and wood.

You may watch the video to explore the beauty and charm of Orissa:

How to Get Organized and Reduce Stress